Still Trapped in the 90's 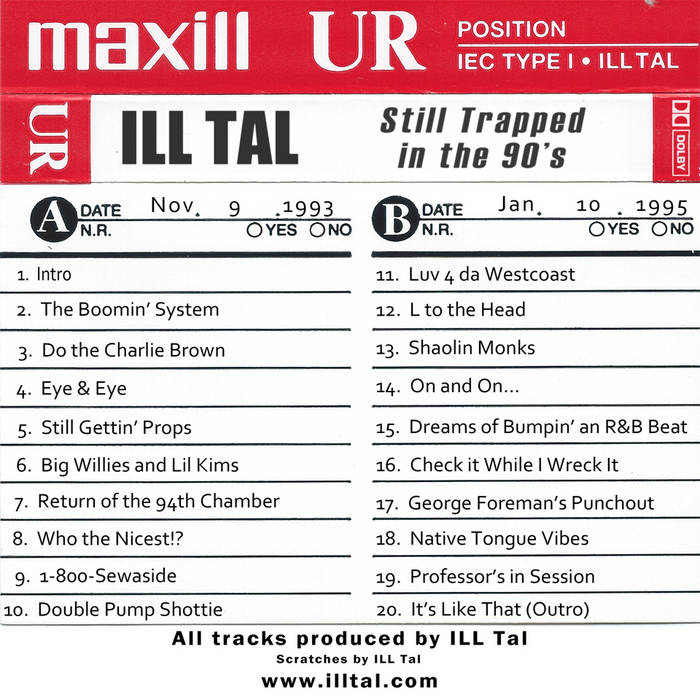 New Jersey’s beatsmith Ill Tal returns with his second installment of the Golden-Era inspired instrumental series – Trapped in the 90’s. Utilizing old school production techniques and a personal collection of thousands of records, Ill recaptures the gritty, bass-heavy, boom bap sound that many of us still miss today. Take a trip down memory lane with 20 beats in a variety styles from 1992 - 1996.

With over 7,000 vinyl records in his arsenal, New Jersey-based Hip-Hop producer Ill Tal has been churning out beats since 1997. Utilizing the same techniques used by the legends of the golden era, Ill Tal has managed to capture the sound that so many hip-hop fans miss – as well as add his own unique choice of samples and production. ... more

Bandcamp Daily  your guide to the world of Bandcamp

Guest hosted by Tamar Osbourn aka Collocutor and Toshio Matsuura.